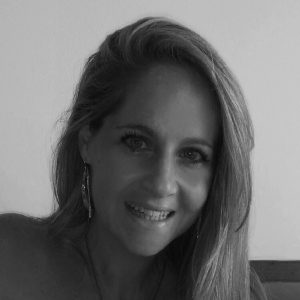 Keren is head of the Go Seek Team and absolutely loves her work!
Keren has a Bachelor of Psychology (Honours) Degree and is an enthusiastic and passionate singer, performer and multi  award winning songwriter. Her experience with children is very diverse and includes working as a teacher’s aide in pre-schools and schools as well as a therapist for children with autism and for children with learning difficulties and special needs.

Keren first came up with the concept of Go Seek after performing one of her AWARD WINNING songs at a pre- school where she worked. The children absolutely loved it, which prompted Keren to combine her 3 passions in life: “music”, “psychology” and “children” and she decided to Go Seek her very own journey of discovery!
Keren began by writing catchy, positive, dance oriented children’s music with a mix of funky beats and intelligent, thoughtful lyrics. She then combined song, dance and script to produce fun-filled interactive Go Seek Stage Shows designed to empower, challenge and build the self-esteem of children.

Many songs that Keren has written and co-written have won numerous AWARDS & Honourable Mentions in both national & international song competitions including 1st Place for “Super Strong Bones” in the 29th National Australian Songwriting Contest(Songs For Children Category)  and 1st Place for the “Super Strong Bones Show/DVD” in the Bone and Joint Decade International Network Conference 2008 DVD Competition.

Having built up a fantastic reputation among industry professionals, teachers, parents and of course children everywhere, Keren has expanded Go Seek to include a team of professional performers/entertainers and currently offers a range of exciting, interactive musical Go Seek Shows and additional entertainment services such as face painting, balloon twisting and roving characters, as well as fun Go Seek merchandise including online music downloads, kid’s capes, sticker books, bags, t-shirts and more!